Scene Thirteen - Reflections on the Skildir

Free the Lands of the Skildir 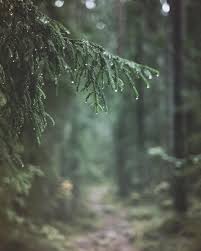 The rain dripped from the branches, splattering on weathered pelts but failing to penetrate to the skin. Joints ached from remaining still too long, but it was only an hour since the last hunting party had moved through the valley below him. Patience is learned. That moment when you think you are safe is the time that you get careless. Best to wait until you are sure. Many have failed to reach mature age, let alone into their late sixties through premature action. Bundled by his side, carefully wrapped in waterproof skins, the battered lute rested against his right knee. The knap-sack with precious papers was also well hidden under his cloak. It was too wet for adding to the intricate map that he had been working on, but this part of the hills was well studied. It was time to move down into the wide and open lands in the valleys below him. The Bread Basket of Norsca it was once called - now named Karelia, even the settlement of Archangel carried that name, and after years of occupation, the land was beginning to return to its green and fertile nature..

Ceded to Heyami at the Treaty of Thrones in the year 1103, 16 years ago. There were youths in these lands who had never known their Norscan heritage. Who only knew their imperial masters, the Mempo. There were others as well. People who walked quietly and kept themselves to themselves. 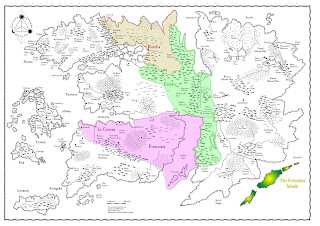 Some would welcome a travelling Bard, occasionally food and a warm bed for the night. But many still had fear and worried about repercussions and reprisals. And so he crouched in the shrubs and trees on the hills overlooking Archangel - (Karelia he reminded himself) and watched from a distance. His stomach was full. He had eaten well from rabbit caught the day before. There was still mead in his flask so other than the rain all was well.

As he waited, his thoughts passed to the War Host. He wondered if they had better weather in Albion. It seemed strange not to be with the War Host - For many years his life had revolved around the factions, and the people who lived and fought so bravely to make the world a better place. He had watched their heroics, seen some die, had sung in praise of the former and had done his best to provide a fitting memorial for the latter....

His mind went to the song that he was penning at the moment. Yes, it was at times like this as he sat, silent and hidden in the undergrowth, that songs would spring to his mind....
The Lost Hero Song. He liked the chorus that was developing..

"I can't find a rhyme to your name...
You're a a hero I know ! It's a shame!
It's all the same to me
But the annals of History
are written by the Bards and Skalds you see
So your wondrous daring do and mighty deeds
Are fine - but there is one thing that they need
A name with easy Rhyme
Is essential every time
So tough my friend, there's no mighty song for thee... "

He would enjoy singing that to some of the "so-called" heroes when he found his way back to civilisation.

No, he would let the War Host go their own way while he scouted out the lands in front of him. A visit here. A song there. A bit of news to one group. A message passed to another.
The war host would not miss him. They may be having sun and fun at their gathering. He had heard that Merlin would be entertaining with Dragon Fire in the sky... that would have been worth looking at... 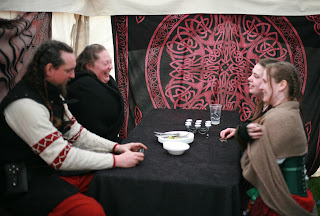 His mind drifted back to the Tavern. He had parted sadly from Moxi, Minibar and the Boss Lady. He had delivered the pensions sent by the "Widow" and given them the options on returning to the Hearth of Norsca, or being free to stay on and support the War Host. They had decided on the latter, but he felt satisfied that they were no longer tied to the post due to poverty. It was not a fortune, but Agnes had sent more than enough to keep them comfortably for a few years should they so wish.

The Mercenary had also had his share. He was also still with the Tavern when the Bard had left  Ravensberg but with cash in his pocket it was anyone's guess how long he would stay or how much the prospect of a greater return through combat would be the appeal. Either way - he wished him well.

The rain began to lessen. A chill was still in the air, but there had been no sign of the enemy for over an hour. Vollsanger felt safe enough to stretch his legs quietly... You could feel that the sun was setting somewhere behind the wall of clouds and storm clouds. It would be getting dark early tonight. Indeed it seemed like dusk already.

Almost time to make the journey into the back streets of the town. Find a place for the evening. An opportunity to talk with locals and tell a story or two. Time to remind another group of an old protest song and a call to arms - not here and now - but in time...  Time to sing of the Skildir. Time to sing
"Free the Lands of the Skildir" 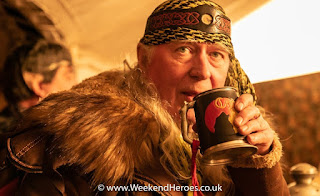 Free the Land of the Skildir

I sometimes hear the vicotry horns, the Drachenguard in Battle
I dream I see the lands all free growing green with sheep and cattle

The weight of Torsten's sacrifice, pain of following his orders
But now the Daygahz brands my skin, "No Mempo in our Borders"

With yellow fire of passion, Black cross of secrecy,
The Sons of Torsten wield a flag to keep us Green-skin Free

And now I hear the victory horns, the Drachenguard in Battle
and now I see the lands all free, growing green with sheep and cattle