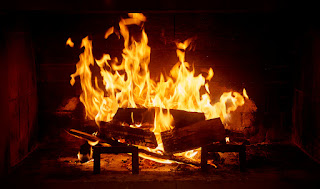 "Tell me again how it happened"

The "Widow" cupped her mulled wine between her hands as she looked into the flames of the hearth.
The cottage was old and had seen years of renovations, but was the place that she had been raised, and was still more home than the Tavern had been, though she remembered the days of travelling with the War Host with quiet nostalgia. But those days had passed, she had made her decisions and the quiet life seemed comfortable. Chickens and Ducks in the keep, her garden to provide vegetable and fruit, and passing traders for her other needs.

"Bothvar was good to us, and after Agna died I pledged that I would support the War Host, even in the bad days when I was declared "Non-Wolf" for poisoning Thorgrimm - Bothvar never declared me renegade, and always had a kind word. Tell me again how he left us.."

In the shadows Vollsanger gazed into the fire, happy to be sitting with the Widow at the fire. He remembered fondly the "year and a day" of marriage with Agnes following the night that the Beltane fires were brought to the Crimson Moon and he found himself wed to his companion. A year and a day - but their paths then parted - he back to the War Host and she to her retirement in the depths of Norsca.

"I did not see it all - but this is the tale as it will be told in the Mead Halls, a tale of deception, bravery, self-sacrifice, honour, the Gods and bravery of the peoples of Norsca....

It was after the time of trials of the Court of Crimson and Gold....

Sable who had been released from the mists surrounding Elvesham.

During his time in which he was pacted with Wade of the Unduku he hunted down and ate Hod the blind god of winter. This unleashed a chain of events that was almost cataclismic for the Wolves, in particular but also the rest of the Peoples as it affected the End of the World.

Because Hod was not there to throw the mistletoe dart guided by Loki, Baldur did not die!  Baldur must die if we are to have Ragnarok. If he does not die then Baldur would be the last living soul standing among a pile of burning waste as the world tree and Midgard fall into the Gannungagap (the yawning void that separates Mussplehiem from Nifflehiem)

In the confusion Wade seeing his chance stole Skuld the Norn who represents the future Skeins of life, so that he could write his future and secure his destiny.

As seems so often the case when dealing with the Gods, it seems that only the Trickster could help.  Loki was approached by a the luna wolves who attempted to make a deal with him. He agreed that he could fix the problem. After all he’s done it countless times before when Thor got himself into trouble. Hadn’t he borrowed Freya's cloak of golden feathers and fooled Thrym the giant. Or turned himself into a mare to distract the stallion that was building the wall around Asgard… well, we’ll not talk about that, other than to say Odin's Horse Slipnir arrived 9 months later, but that was another story"

Loki agreed to help saying he could fix the problem but he needed the essence of Hod, a vessel capable of holding the essence of a god and a mistletoe dart, which the wolves agreed they could get. Loki agreed to meet them at the midnight Thyng two nights hence and in front of Odin fix their little problem and return his step brother to the Vanir.

The essence of Hod was brought forward and then the Dart of Mistletoe, however he refused one after another the vessels offered stating they were not capable.

“Ah, but no problem I know of such a vessel” he declared and conjured Bothvar to stand in front of him. Then with his dagger cut out his eyes. The Thyng was in uproar, but Loki admonished them spitting vehemence and bile back at them telling them that they had agreed to this.

They had agreed that it was on their heads. They had said so before the Gods.  Now Loki bid welcome to Baldur the beautiful who played his favourite game of getting people to hurl things at him knowing nothing could hurt him.

Then leaning low to Bothvar he guided his hand and threw the mistletoe dart sending Baldur to Nifflehiem. Cementing Bothvar as the Hod incarnate.

Hod reminded the wolves that Bothvar would have them cry not one tear and he will gladly pay this price to save one Norscan from having to. And that is the tale of how Bothvar became Hod."

The silence deepened. the old bard poked the fire and the embers sparked.

The widow reached into her apron and took out a piece of parchment, rolled and seemingly well read ...  She handed it to the Bard, who accepted it gingerly... He recognised the broken seal of the Jarl of the Hearth, Odinspear.

Unrolling the paper, he scanned the contents. A call to all Tradesmen and Tavern Keepers. Norsca was in dire need of good Tavern keepers and loyal Norscans to come to the aid of the nation. Since the Treaty following the Battles with the Greenskin Empire, the Breadbasket of Norsca had been ceded to the Mempo, and as a result much of the produce needed to keep Norsca thriving was no longer there. Norsca needed to be smarter and more efficient. The best of all traders and keepers were required to make sure that the land could thrive. 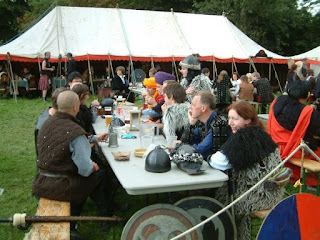 "I kept my promises to Bothvar.. The Crimson Moon has followed the war Host for 15 years. I think the time has come for The Moon to stop travelling, and to take up a permanent position to support the people's of Norsca. I am going to call it back and we will look after the peoples of Norsca itself. Build it into Stone and Mortar. A permanent memory of all that we have achieved"

"What of your people?" The Bard asked, "you have many loyal supporters who have traveled with the Crimson Moon through many lands and many dangers?"

"They will be free to return with the Tavern, or stay with the War Host should they so desire. I shall send you with moneys to ensure that those who wish to return can do so with enough gold in their pockets that they can choose their new life. I think the Mercenary will probably stay with the war Host - you shall make sure that he is rewarded for his loyalty. As to all my friends, go to them, explain why I make this decision, and tell them that the Widow will always welcome them back and that the Crimson Moon will always be their home should they wish it..."

The fire burned low and Vollsanger stretched his legs out - thinking of the journey that he would have to take.. once more to the War host... maybe his last... 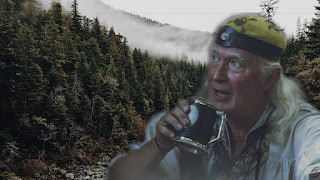